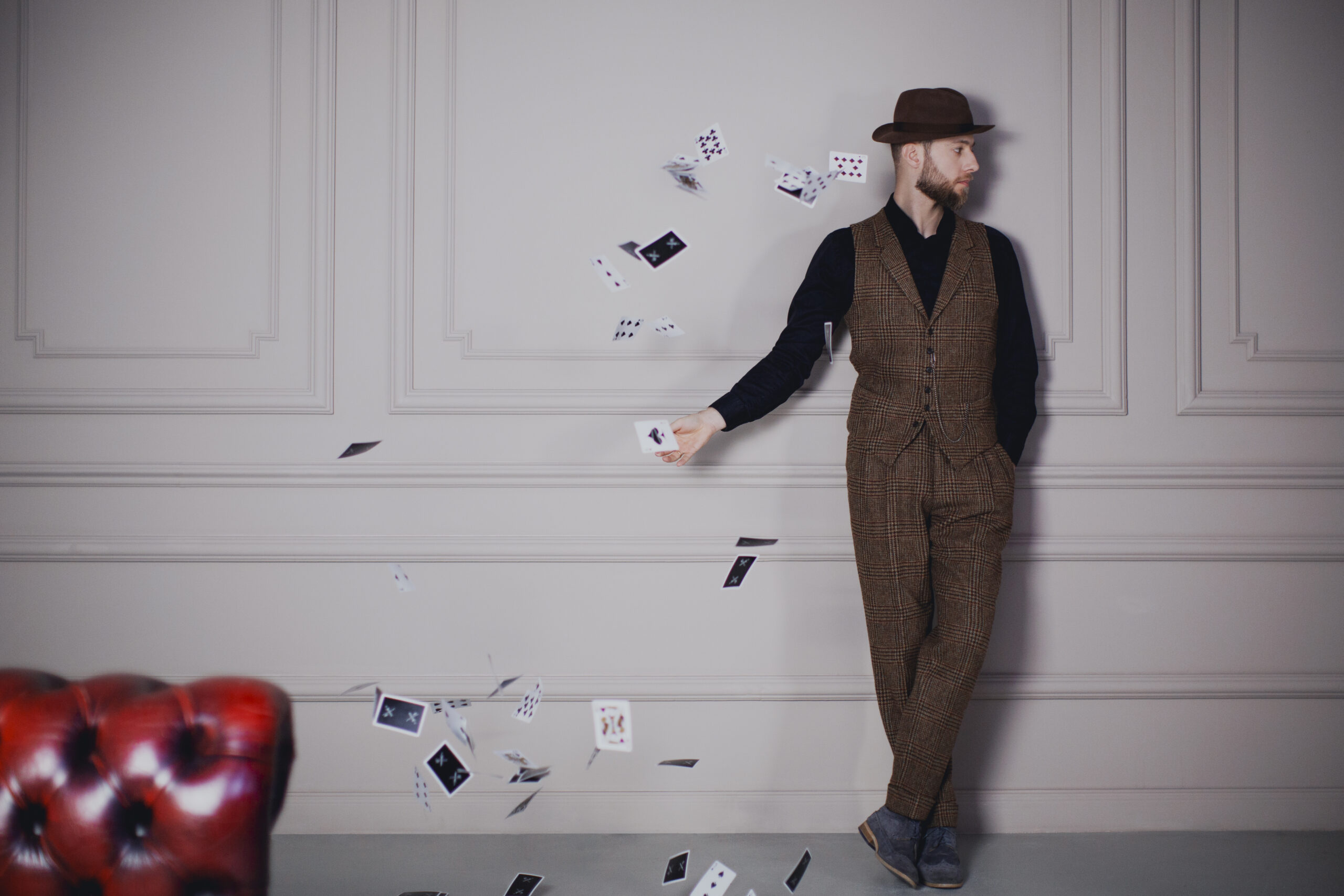 So you’re saying you’re looking for an illusionist for an event?

How to choose a right magician for different kinds of events? What technical equipment is needed to prepare an illusion show? What to do to make everything work and be sure that a provided attraction hits the bull’s eye?

After many years of working in this profession I’ve made some observations concerning the organization of artistic performances in different places and on various stages.

In this article I’d like to share my experiences with you and help you to go through the entire process: starting from searching for a suitable magician, then ordering an illusion show for an event and preparing a magic performance. 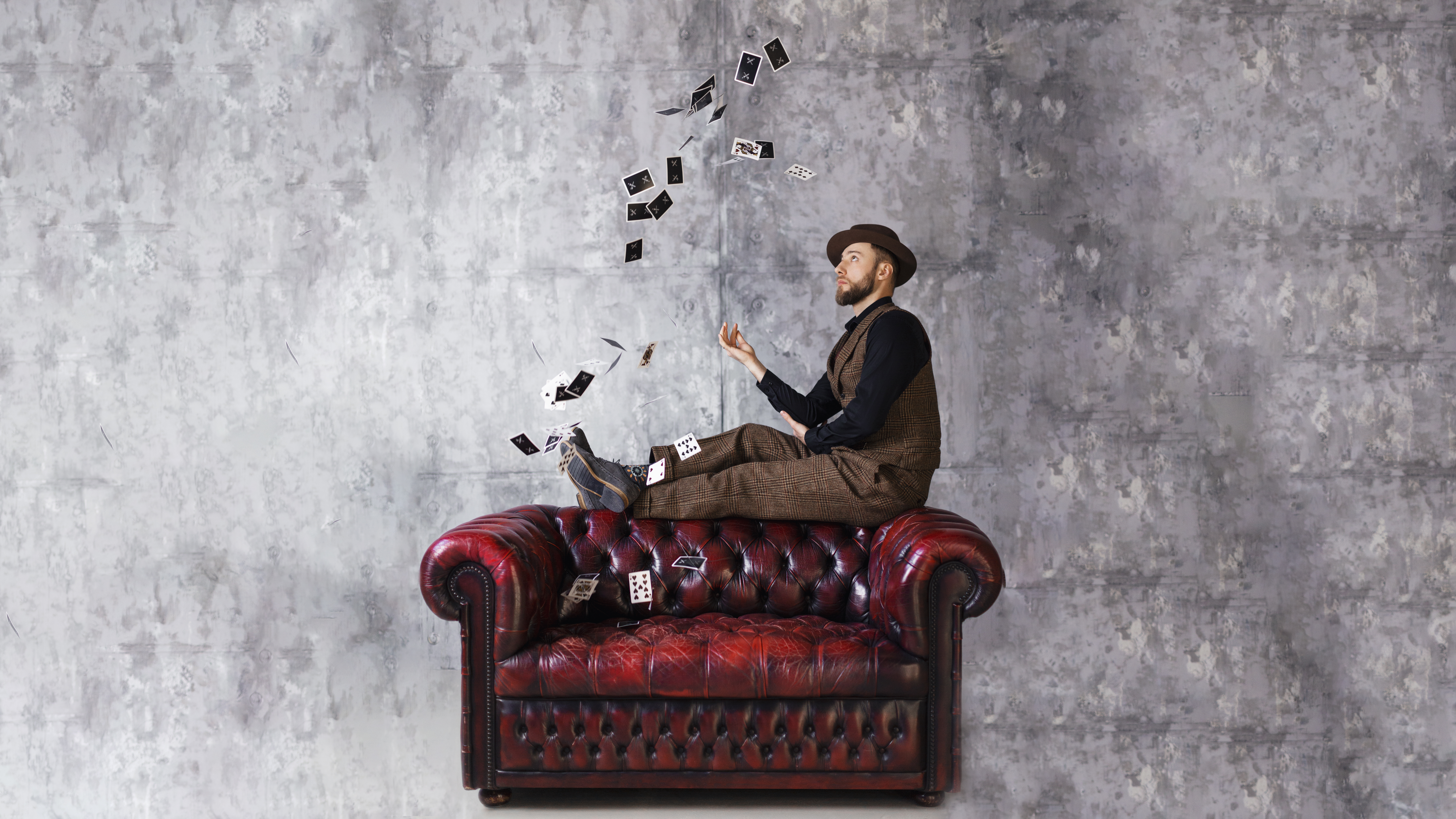 In general illusion is an attraction which works well during different types of social events. But the thing is that not every kind of illusion fits every party. So before you hire a magician try to consider what will be suitable for the event you’re organizing and what your guests will like best.

It’s a type of stage illusion which is presented in a comedy style. This form very often engages the audience- there is an interaction between a performer and recipients. The audience is not only a recipient but they are actually an integral part of the entire magic spectacle.

This form of illusion demands making a special space where, for example, a stage platform can be placed. The auditorium is arranged like in a theatre, which means that rows of chairs are situated in front of a stage. However, it happens sometimes that a place in which an event is organized cannot have a theatre arrangement. In such cases, similarly like in clubs and restaurants, viewers watch a magic show sitting by their tables. But in my personal experience, I can tell that the best layout is a theatre arrangement, and when a stage isn’t separated from an auditorium.

Comedy illusion works well both: during huge events and at those small, more intimate parties. I’m a living proof – I’ve performed in front of the people during festivals like the one in Sopot, and during small, private events. 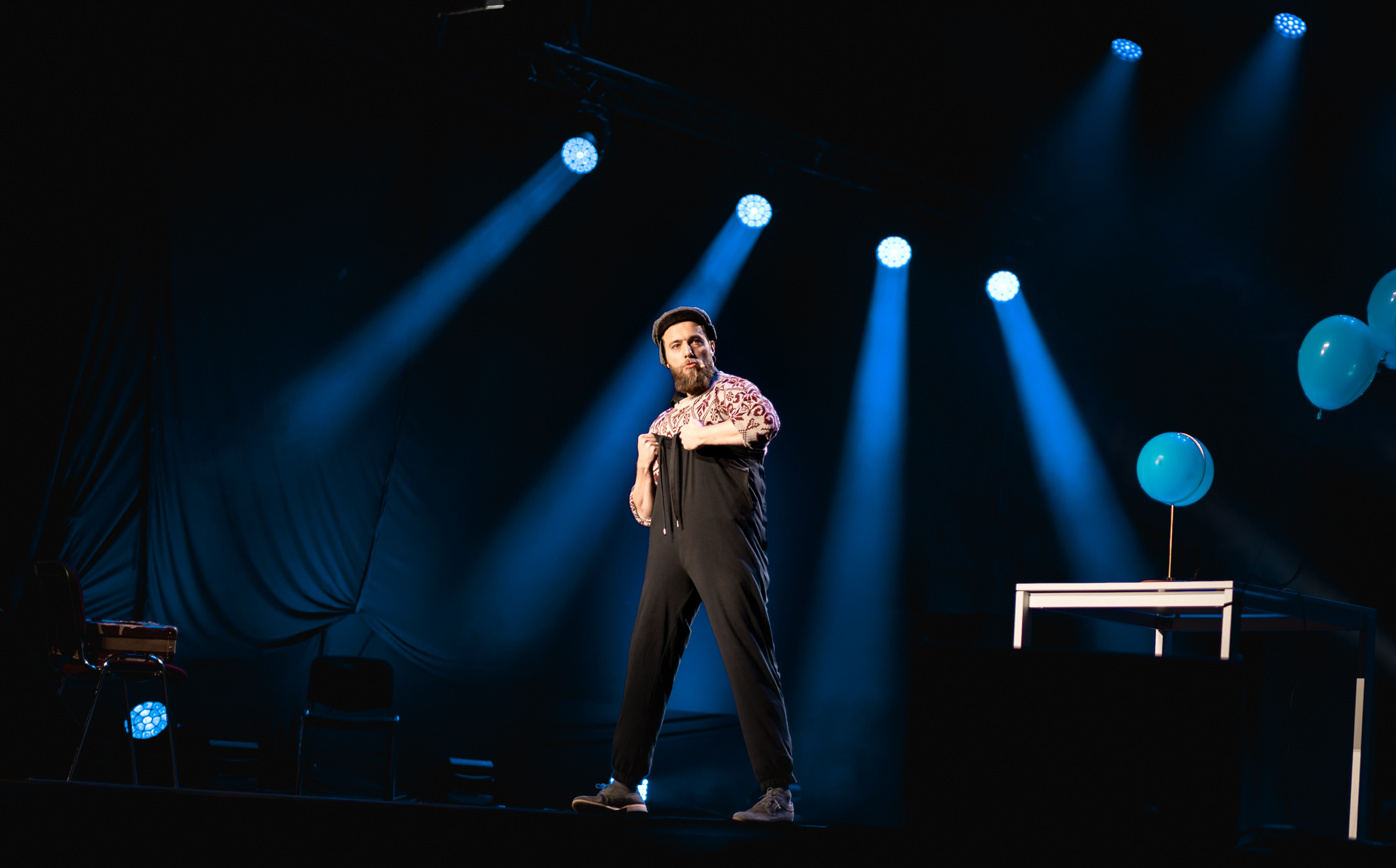 It’s a type of magic basing on huge effects. It uses large-scale props such as cages, chests and saws. The show of great illusion is accompanied by spectacular lighting, music and smoke effects.

Basically, to show the stage illusion performance a magician needs a lot of space: a big stage where the entire scenography and props are placed. The auditorium has a theatre arrangement. This kind of illusion is presented mainly in concert halls and theatres.

Preparations to this kind of show take a few hours and the spectacle itself lasts around 60 to 90 minutes.

Considering the fact that this form of magic illusion is an enormous project, it’s suitable for great events like galas, fetes and festivals.

In short, close-up magic takes place close meaning with the magician close to the audience. Close-up illusion makes use of cards, coins and other, small props and the whole magic happens literally in a viewer’s hands. A magician in order to present a magic trick uses also a participant’s personal stuff like a watch or coins, which makes the show even more special.

In my opinion this form of magic is the most impressive, because such a close and direct contact between a viewer and an illusionist makes magic even more surprising and believable.

A Close-up performance doesn’t need a lot of space because a magician mingles with the crowd. However, it’s worth preparing a special spot where the conditions to show magic tricks are good enough. The place in which it’s not too loud or too dark so that the audience can see and hear everything.

Close-up Magic works well during every kind of event. I’ve had many occasions to present magic tricks in a close-up form at various parties.

Close-up illusion very often is offered together with a stage show. So ask a magician about such an option when you plan inviting him/her to an event. 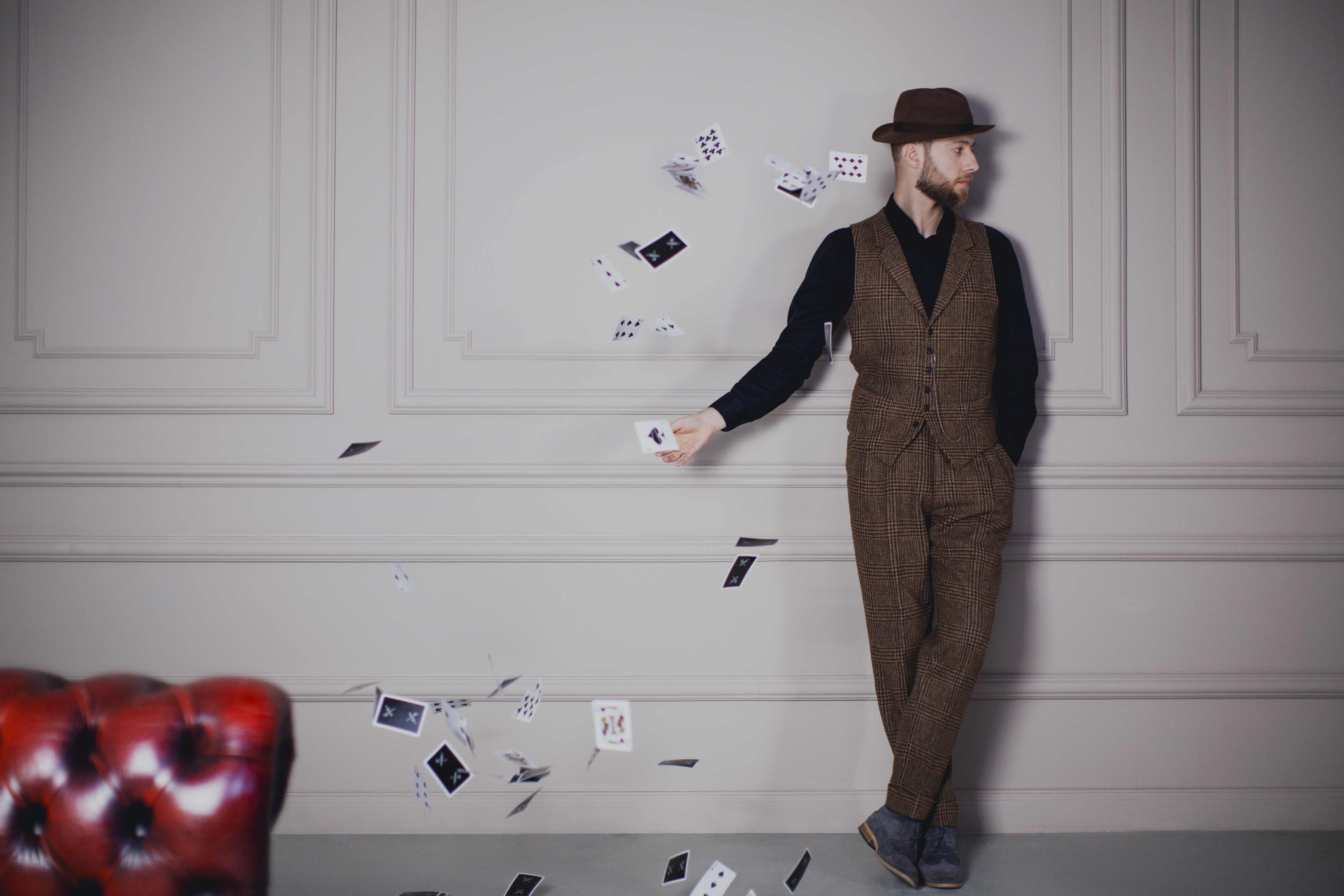 Mentalism is based on psychology. A magician while doing his tricks guesses a viewer’s choices, and therefore makes an impression that he/she reads a viewer’s mind.

This form of illusion needs similar conditions as a comedy illusion.

Mentalism works well during small and private events but also at huge parties. Nevertheless, this kind of show demands an absolute concentration, silence and a viewer’s full attention and this is why it’s more suitable for a well mannered company.

Also, take into account the fact that mentalism is a rare kind of illusion so it may be difficult to find a magician who will make an excellent show.

Step 2: Select a magician for an event

Now ,when you already know which type of an illusion show will work best during your event, it’s time to find a suitable artist.

Three things which help you to find a right magician for your social event:

So you’ve already chosen a suitable magician for your party/event and you would like to book a date. Ask an artist or his/her manager (a person who represents him/her) about a contract.

Before you sign the contract, get familiar with a technical rider. Thanks to that you’ll find out what requirements you have to fulfill to organize a show.

Any self-respecting magician should have a technical rider. I personally, at some point of my professional career, matured enough to have this attachment in contracts I sign with clients.

A technical rider provides information regarding to requirements of an artist as far as preparation of a stage, lighting and sound system are concerned.

A technical rider is fitted for individual needs of every performer. Here are the examples of the requests or demands that a magician may set as criteria for performance during an event:

These are very crucial aspects because they affect the quality of the magic show. Basing on my personal experience I can tell that every tiny detail has a meaning. Whether it’s the way the audience is seated or the distance between the stage and seats – everything has an influence on the performance. So if you care and want your guests to have fun, make as good conditions as possible.

As a host of an event, you won’t always manage to realize every point of the technical rider because a lot depends on a place in which an event is located. There are different conditions and possibilities in a restaurant, different in a conference room and totally different in clubs or outdoors. That’s why inform a magician about existing limitations and together you can figure out the best solution or option to prepare a spot for the show. 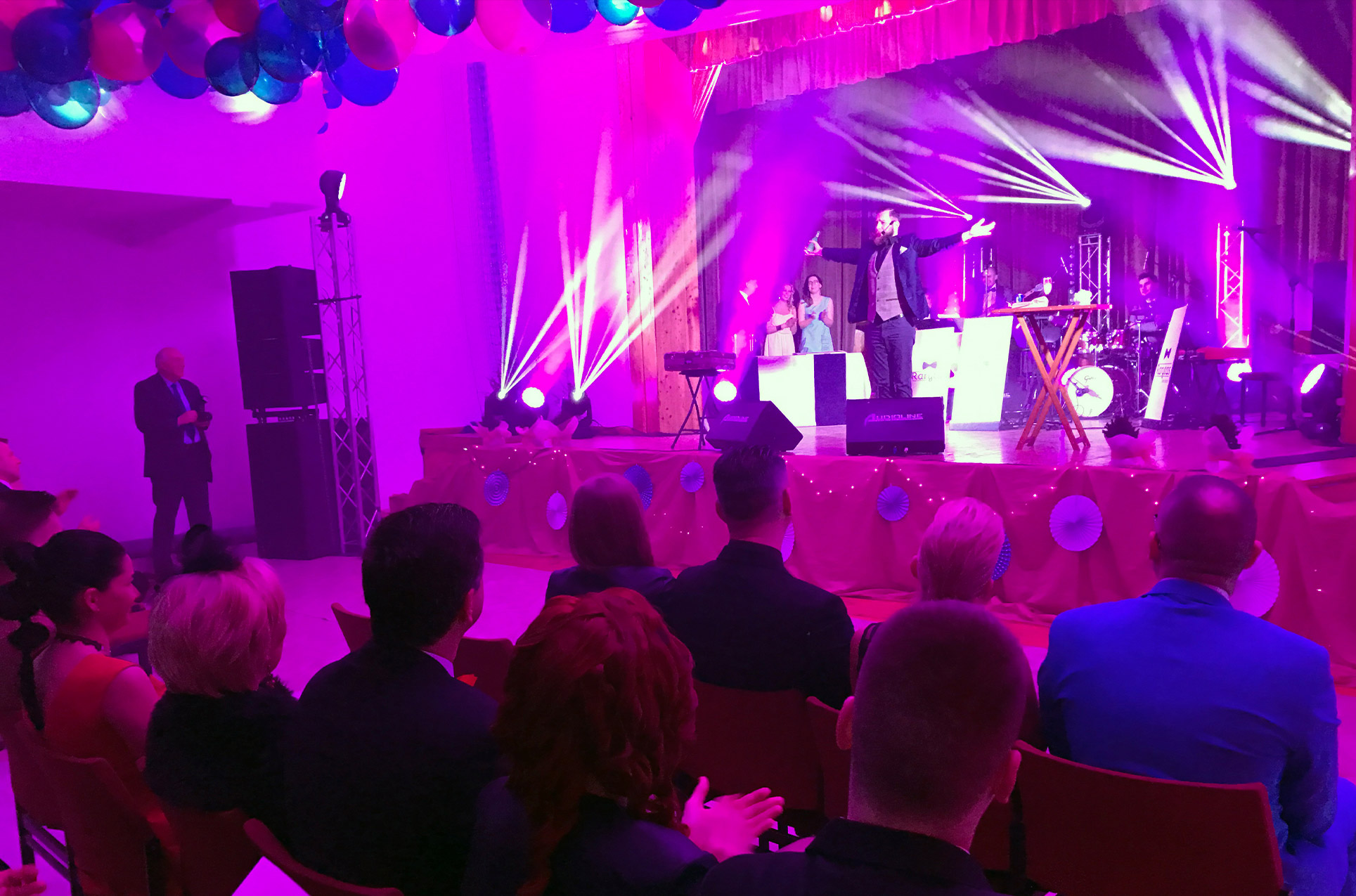 What should a contract include?

If you can’t tell what time is the best and the most suitable for a show, ask an artist about it. An experienced magician will give you a good piece of advice for sure.

In case of a stage show, it’s really important to make sure that it takes place in a moment when guests aren’t busy eating or aren’t distracted by some other attractions. The audience gets involved in a show when they feel that they are actually participating in a spectacle. And, as you know, the theatre is an exceptional place and so is the performance of a magician.

I suggest that the length of a stage show should be around 30 to 45 minutes. A longer performance may tire the viewers because guests want to also talk to each other and dance during a party.

A close-up show usually lasts around an hour, but it can be longer. If there’s a big group of people taking part in your event, you can agree to a different length of a show. A close-up magic is a kind of attraction which doesn’t impose. An illusionist does magic tricks for those who feel like watching them.

The prices of magic shows vary – they depend on the experience and reputation of an illusionist. The price also depends on a location, kind and length of a show.

The cost of hiring a magician for an event is between 500 zł and 30.000 zł (the highest cost concerns huge projects such as stage illusion shows)

•    The rules of canceling an event

Some illusionists declare in their contracts that if they aren’t able to perform during an event, they will send a replacement.

Step 4: Make sure that a technical rehearsal is taken into account when planning an event

You’ve signed a contract with a magician and now what? Now you have to arrange a technical rehearsal.

During a technical rehearsal a magician together with a tech crew check and test the settings of a microphone and light. The rehearsal should take place at least 60 minutes before the beginning of an event and before the guests come over (the exception is a great illusion show which demands more time to prepare). It guarantees that the magic show will go without any problems.

Step 5: A Magician for an event- what else should you know?

Remember that both of you: you as an organizer of an event and a magician have the same goal – to provide entertainment on the highest level. So trust a magician when he or she suggests changing something in your plan. After all, you’re on the same team.